Thank you so much for all the support on my video about follower empowerment! A lot of you had questions and wanted to know more! Here is one step deeper into the concept of creating environments and how Followers can initiate them.

(Side note* My apologies this video could have been more gender-neutral. Just like you can lead and follow on either side of the dance, you can be whatever gender on either side as well)

First, take a look at this video:

What if I told you I lead all of this? Would you believe me?

As Dax and my understanding of how one person’s body movement affects another have developed over the years, it has led us to a conceptual question: Who is really leading?

Leading up to this question was our first major discovery: the concept of The More Mature Dancer Mindset. Dax started talking a lot about how his best dances with less experienced dancers was often a product of following more than leading. It is safe to say that the less mature dancer has less ability to adapt in order to maintain flow and harmony. A more mature leader would be mistaken to think that being forceful in order to get the followers to execute their ideas would classify something as a more successful dance. Instead, learning to have a clear intention that can quickly adapt to your partner’s pre-committed balance and urges will flow more. This approach will also help you avoid unnecessary roughness. I loved watching Dax in these moments because he would not only adapt to his partner’s urges but use his technical skills of anchoring, stretching, and fully engaged body movement to make her movement urges feel good and look like he was leading it! (I really believe this skill is what has allowed him to win many Pro-Ams and Mix and Match competitions). Let’s take a silly look at an example of Dax following beginner me (okay maybe I exaggerated!)

Similarly, I started to ask the question, “why do pro followers always look good no matter who they are dancing with?” because honestly, if they were really, “following”, their dancing would look quite different depending on the lead.  I know this because I went down a three-year rabbit hole of focusing solely on “connecting” “matching” and “following” leaders with as much exactness as I could. But when I became more or less a master of this skill, it wasn’t contributing enough to successful dances. And what are successful dances? I believe it is to accomplish the goal of having a fun, rhythmical, good feeling dance for both sides where all people involved feel empowered. And usually, it is the more experienced dancer that takes the largest responsibility for this.

This path led us to the concept of Setting up Environments instead of controlling another person. Let’s dive deeper:

When we were teaching swivels, Dax would explain to the leaders not to lead/make the girls swivel. They already want to and can do it better than you can ever make them. Think more about setting up an environment that encourages them to swivel, supporting them to look their best! Here is an example of “leading” swivels verses supporting. You can see this clearly in the movement of his arm and the stiffness in my core it creates (I end up doing pivots instead of twists).

So as we established this question, I experimented with (for example) that swivel environment. I could feel Dax wanting to set up something like a rock step and I would move quite confidently into a swivel prep environment. At that point, Dax could choose to override me to get his idea across but usually, the moment was flowing so well, he naturally responded to what I had set up. We started to dig further into this idea.

(Here is a follow along to train your rock step vs swivel prep moment.)

Remember, these environments can be initiated by the leader, or follower, or sometimes both at the same time which creates this beautiful, uncomfortable feeling of resistance until it evolves into something unexpected. All three of these dynamics will happen in a single moment of the dance and the ratio of how much depends on the mood, goals, and even my outfit. If I had to put a standard ratio on this dynamic I would say environments should be initiated: 60% Leader 30% Follower and 10% chaos. If I am dancing with people who don’t believe in the same type of relationship as me I will scale my role down (speak a little softer or speak less) to prevent my leader from thinking I’m fighting them. With Dax, the chaos percentage increases quite a bit because we have the trust and skills to support it.

In order to set up these environments, both sides should have the skills necessary to initiate these environments, commitment to choices, and fast reflexes to bail out of those choices when necessary. In other words, BOTH people involved need to know how to “lead”, “follower” and quickly switch between the two. Both sides also need to get used to feeling that moment of resistance between the time both parties present an idea and deciding who’s idea they are going to actually do. We do this naturally in conversations so I know you can do it! This moment makes most people feel uncomfortable and for me, it has become addictive. In fact, this is where some people plateau as dancers. Most people have fear put into them from a beginner level to not be too rough or wild or raw. The obsession with refinement prevents the discovery of what can come out of chaos.

Okay so let’s do some technical breakdown to further understand this:

As a follower, typically the best time to influence what move you want to happen next is during the transitional moments between variations. For one example, if a leader is doing a circle with the intention to send you back out, they will probably want to do a Swing Out, Tuck Turn or Send Out.

If I utilize counts a-7, 8, 1, 2 I can suggest the next move I want to be done to me. For example, if I want to be tuck turned, I might add acceleration on a-7, 8 to get their attention and throw my hips into a big lower body twist (among other things) on 1, 2 so that they might feel more inclined to unwind me into a tuck-turn. Or I can do the opposite and stretch them linearly and alter when tension is built and released to set up a send out.

But enough of this chit-chat, let’s see me work my magic:

Now, this is just one example of how I create environments! What about swivels? Increasing and decreasing tension? Influencing flow? Increasing accuracy of rhythm?

So I say, stop trying to be the perfect follower. Be an equal. Take turns, respect each other. Don’t settle with a few fancy footwork stylings, push to learn the skills to dramatically influence the dance in its entirety.

Want to dive deeper? SO DO WE!

Want to be MORE than just a good leader and follower? Want to empower your students and people around you? WE CAN HELP.

Write in the comments below any questions you have!

Note: Big thanks to Steve Hwan for the featured image!

*You will find these concepts in full force with our newly filmed programs and lessons. We do our best to speak about the environment needed for certain moves which give freedom to either side initiating. <3 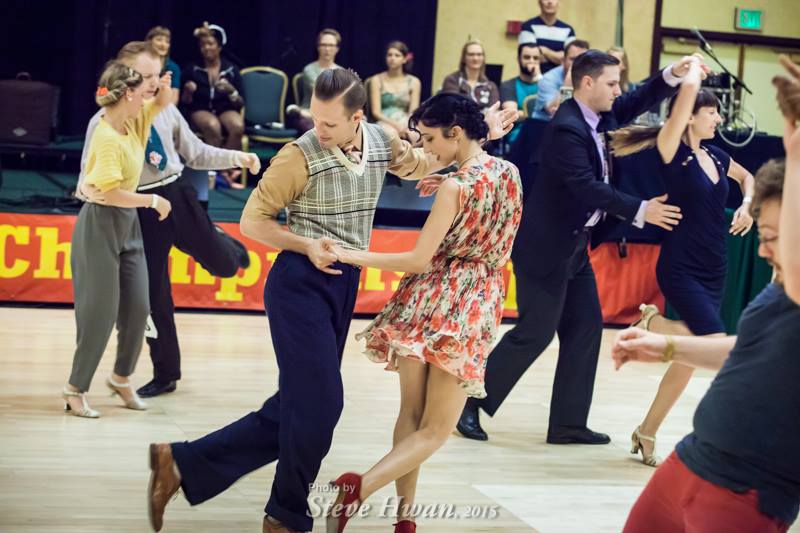 A memoire of all the interesting stuff that I learned on my journey with Dax. 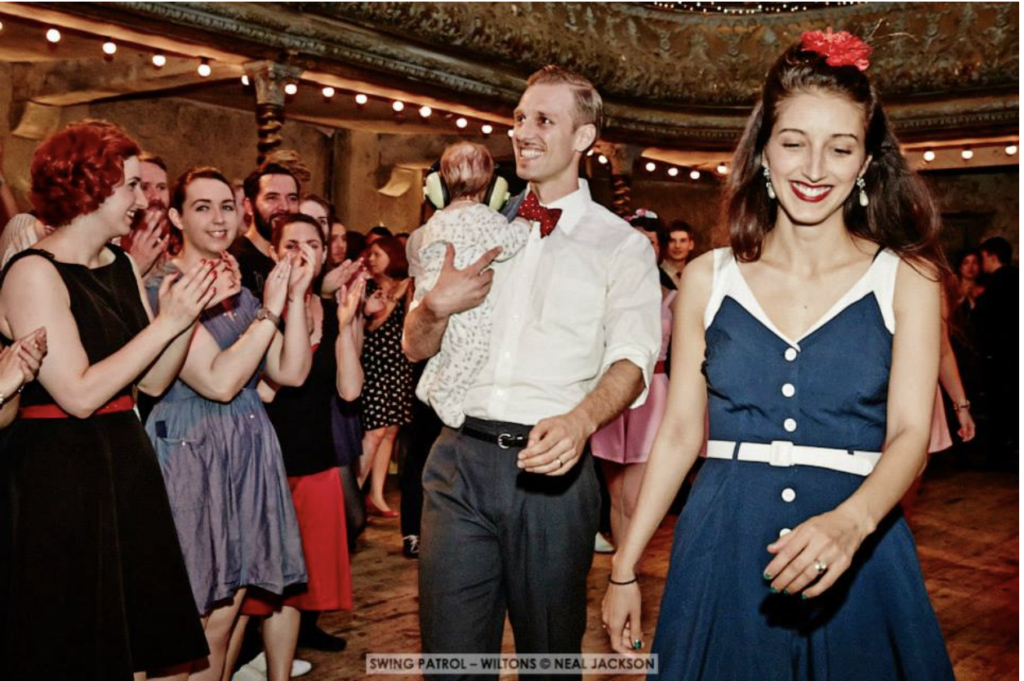 Sarah here! I have been traveling around the world teaching for roughly 8 years. The last three were with my baby boy. I had a… 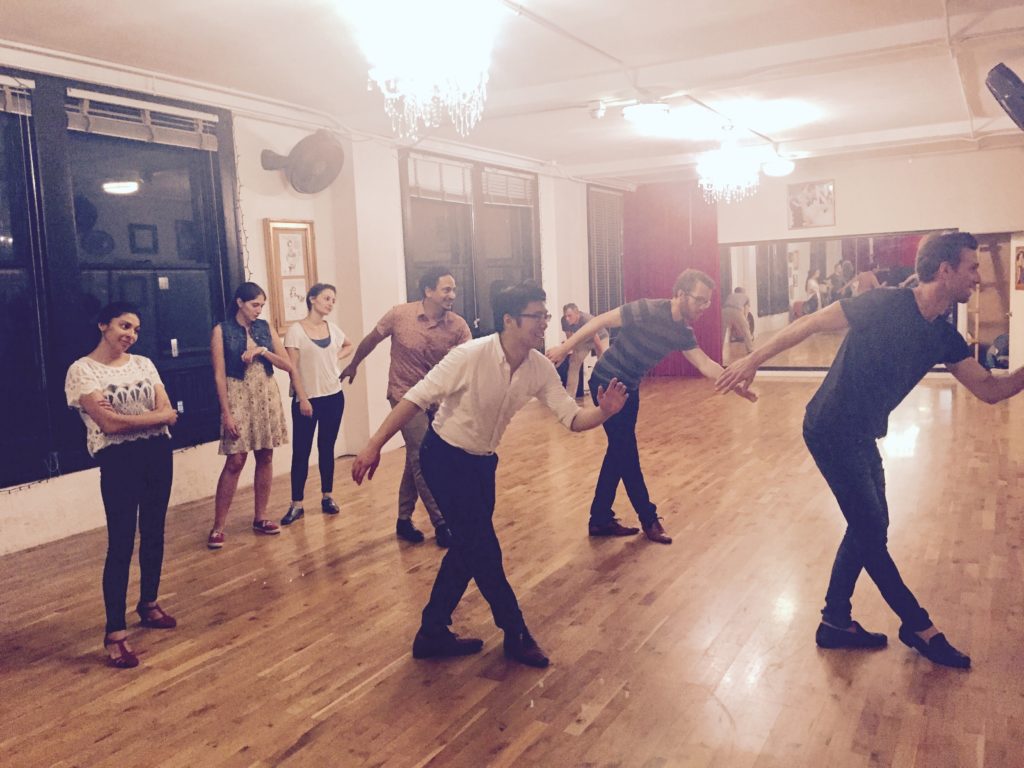 Sometimes classes really suck for followers, but they don’t have too. Here are some tips to take control of your learning experience. 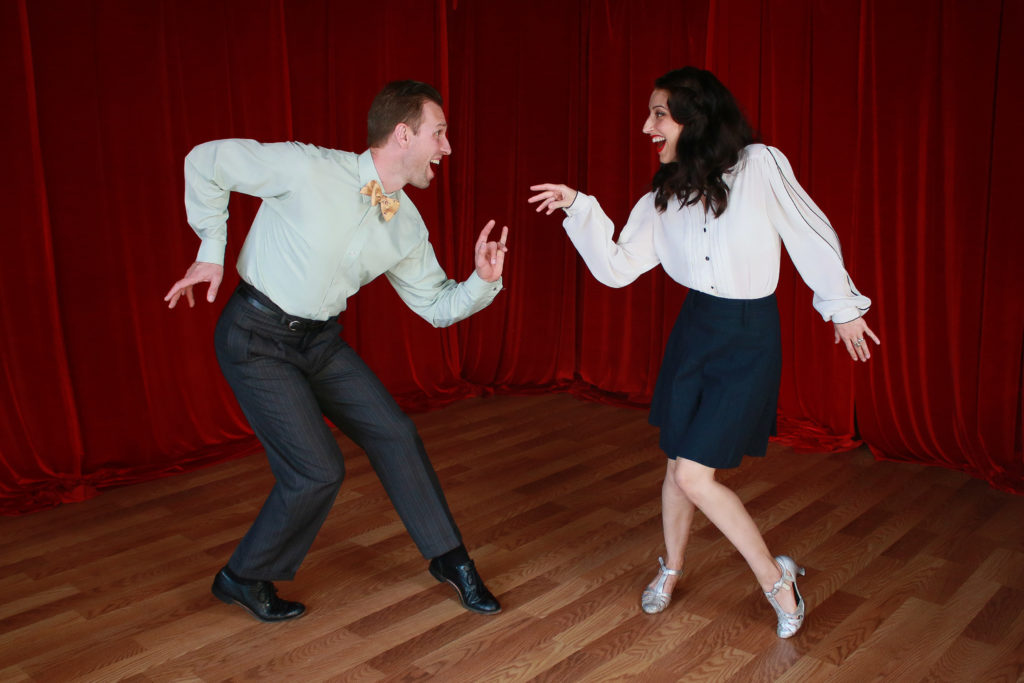 If you want to improve, you gotta practice, but if you can’t do so nicely, the results are going to be hard to acquire. Dancing is a team effort, so you need to really work on your team work if you expect to improve. 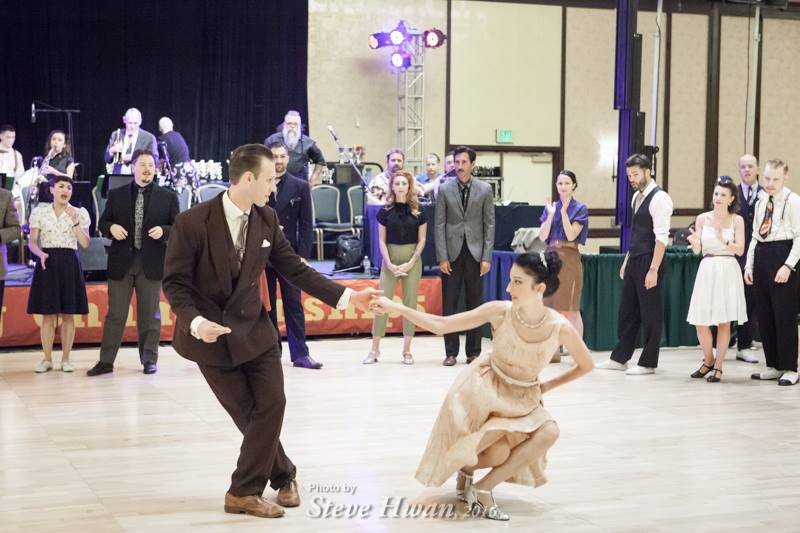 Sometime we try and add style to our dancing but forget these essentials.

Create a Free Account and Book Your Free Getting Started Consultation

After you register, you will be redirected to our appointment scheduling page where you can pick a time to do a 15 minute live zoom call with Dax and talk about your dance goals, and a plan of action.